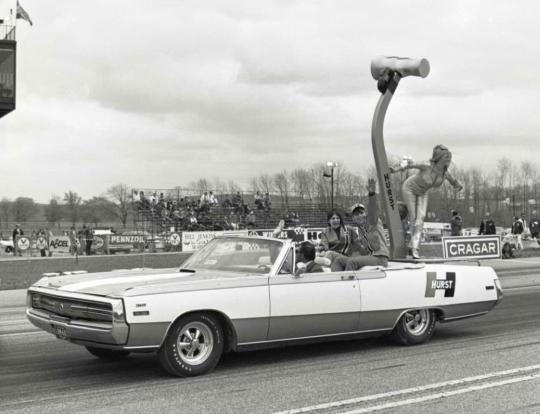 The exact number of 1970 Chrysler 300 Hurst Edition that were built vary according to several sources. Most agree that between 485 to 501 were built by Chrysler. At least 1 convertible was built and used as a promotional car by Hurst. The promotional vehicle featured a large Hurst shifter and a platform for Miss Hurst, Linda Vaughn, to stand on.

Own a 1970 Chrysler 300 Hurst? Get it featured on our network. Click here to submit your Mopar!