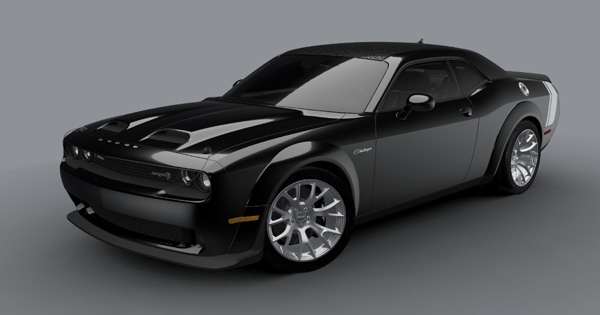 The original Black Ghost, a black 1970 Dodge Challenger RT SE (special edition) owned by Godfrey Qualls, ruled Woodward Avenue in the 1970s. Qualls’ 1970 Challenger quickly earned a legendary reputation for flexing its 426 HEMI-powered muscle on Woodward and then driving off mysteriously into the night, not to be seen again for months, leading to the “Black Ghost” nickname. Not simply a local legend, in 2020, Qualls’ vehicle earned a spot on the National Historic Vehicle Register, and remains in the Qualls family to this day.